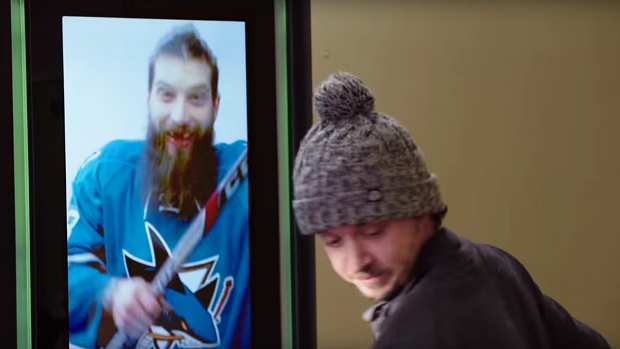 Brent Burns is one of the funniest personalities in the NHL, but it’s easy to forget how intimidating he can be.

He’s 6’5”, 230 lbs and has the appearance of an absolute wild man.  Combine that with great speed and skill on the ice and no matter what position you play, you never want to be on the train tracks in front of this beast, but sometimes he can sneak up on you.

That’s certainly what happened to these fans that were simply trying to get some grub. Brent Burns was hiding nearby in and had a camera that allowed him to appear in the pop machine whenever a customer approached it. There were some hilarious scares in there and a great surprise for the fans in the end.

This is not out of character for Burns, who has been known to sneak up on people in the past. Whether it’s a video bomb or surprising kids with free sticks, he loves to catch people off-guard.

We took @Burnzie88 to his hometown rink and gave a young team a "revolutionary" surprise! #RBZRevolutionhttps://t.co/T1N0EmRCOE

He might also surprise you when he doesn’t even mean to. Like when you’re driving down Route 66 in New Mexico and run into Burnzie at a gas station, because he loves the wasabi peas. 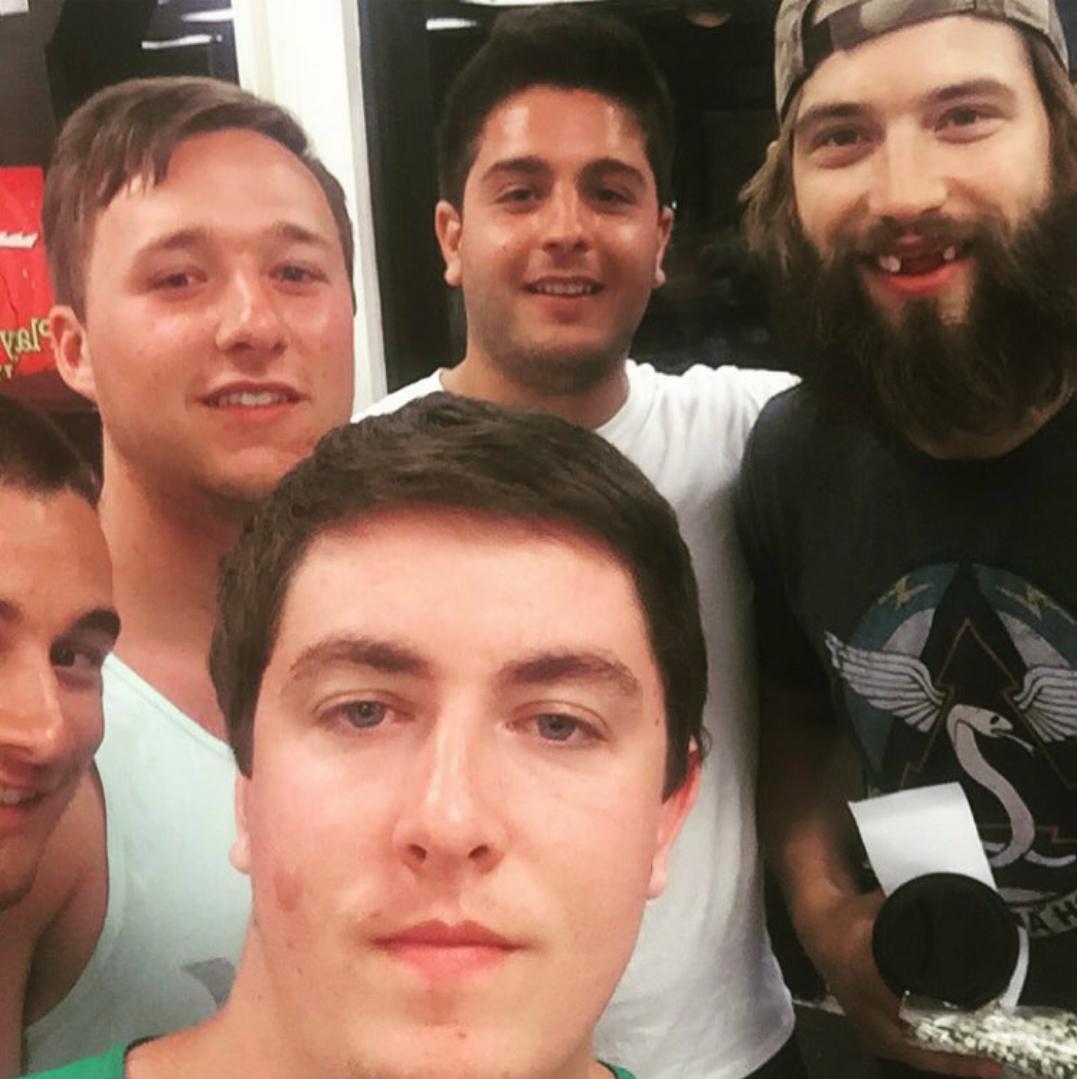