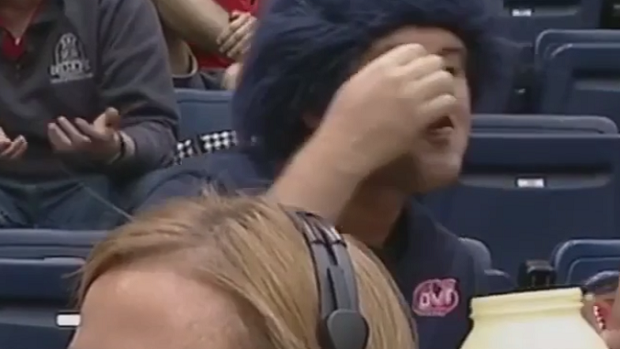 If you thought 2016 was bad, 2017 isn’t off to much better of a start. We’ve already got what is probably going to be the grossest videobomb of the year in the first week of the New Year.

In women’s basketball, Belmont faced UT-Martin on Thursday and the broadcast had gone to the sidelines for some halftime analysis. The analysts didn’t know what was coming though as in the background of their analysis was something horrifying.

Yes, that is a giant tub of mayo, and that is a fan wolfing it down by the spoonful. The proper response to the thought of eating mayo like that, in public, is exactly what the woman to his left did.

This is just the worst.