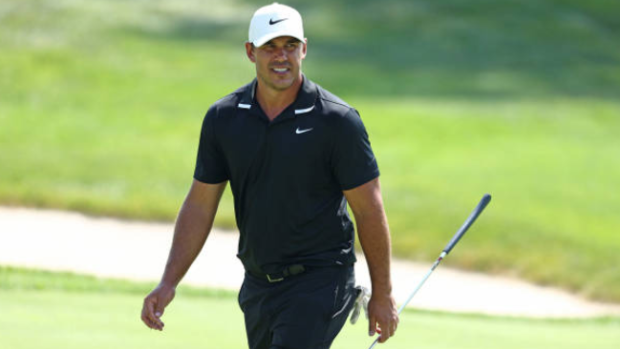 Bryson DeChambeau is coming off an impressive victory at the Rocket Mortgage Classic after making a noticeable body transformation during quarantine. The meatier, more muscular American smashed Tiger Woods’ driving record and brought new life to golf through power.

Saying that, the exciting new style from DeChambeau doesn’t necessarily take away his villain status in the Association.

DeChambeau isn’t afraid to stir the pot. He talks a lot, and doesn’t apologize for it. On Saturday, the most recent sighting of Hurricane Bryson came when he confronted a CBS cameraman about… filming him?

According to DeChambeau, he felt as though the cameraman was filming him for too long, and not giving him the space he needed.

“He was literally watching me the whole entire way up after getting out of the bunker, walking up next to the green.” DeChambeau told Golf Channel. “I just was like, ‘Sir, what is the need to watch me that long? I mean, I understand it’s his job to video me, but at the same point, I think we need to start protecting our players out here compared to showing a potential vulnerability and hurting someone’s image. I just don’t think that’s necessarily the right thing to do.”

Brooks Koepka saw that opportunity, and took a not-so-subtle jab in the direction of DeChambeau.

Using the short-tempered, hot-headed fictional character of Kenny Powers from Eastbound and Down, Koepka didn’t even need to caption the gif’d shot. It was clear where he was aiming.

Even though it doesn’t take Sherlock Holmes to crack the case, it makes it even more obvious considering these two have traded shots before. Considering DeChambeau’s body transformation was a huge theme of the weekend, it’s ironic that their original beef was caused when he took a shot at Koepka’s body.

Saying that, we think Koepka definitely won the exchange.

You were right @b_dechambeau I am 2 short of a 6 pack! pic.twitter.com/aCJ1jimId6