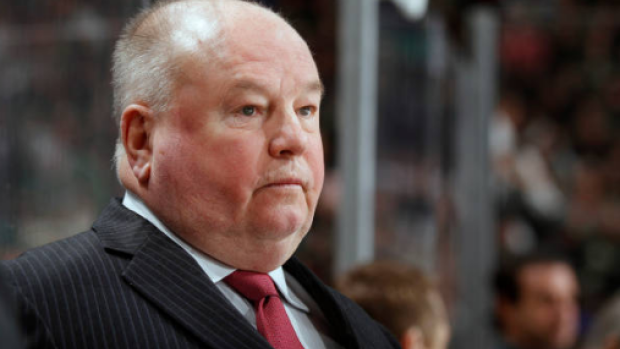 The Minnesota Wild took on the St. Louis Blues on Sunday afternoon, in a battle of teams jockeying for playoff position. Just a few days ago, Bruce Boudreau was confident enough to guarantee a playoff berth for the Wild.

However, the team has struggled as of late, and at the time of writing, they were just defeated 4-0 in what was a nationally broadcasted game to American viewers.

Boudreau was asked about his team’s issues with penalties in an in-game interview, and nearly dropped an f-bomb in exasperation.

Bruce almost drops the f bomb on NBC but catches himself. #mnwild pic.twitter.com/uN6x7qxJd0

Amid rumors that the team may look to retool at the trade deadline, it certainly seems to be an interesting time for the Wild, who are now on a four-game losing streak .

As for Boudreau, it remains to be seen whether the team will live up to his guarantee, but suffice to say, he has not been happy with his team’s play lately. He blasted his players in a post-game interview earlier this month, after a 4-1 loss to the Oilers.

Boudreau: "There’s some guys there that just are a shell of the players that I’ve known for 2½ years.”