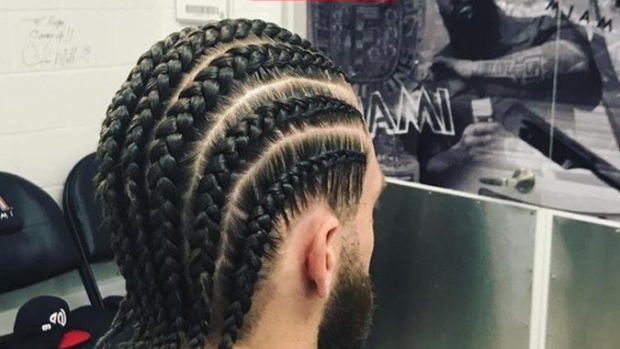 Not only is Bryce Harper an incredibly talented baseball player, but the Nationals outfielder has some of the nicest hair in the professional sporting world. Perhaps the best.

Over the years, Harper has undergone multiple alterations to his locks. He's currently rehabbing a bone bruise, and has ample time on his hands as he prepares for a comeback just in time for the Nationals' post-season run.

The 23-year-old has had the chance to do some deep-thinking, like pondering what his next hairstyle will be. On Tuesday, the 2015 National League MVP changed his hairstyle up once again, this time opting to undergo his biggest transformation yet: cornrows.

Once again, Harper’s hair was one of the talking points on the internet.

Looks like we won’t be seeing anymore of his signature hair flip anytime soon.

No more of this??! pic.twitter.com/KAqLhGrxhV

There is nothing more majestic in baseball then a Bryce Harper hair flip. pic.twitter.com/8ZuISDmKiJ

In more important news, Harper was seen throwing on the field ahead of the Nats game against the Marlins.

While the internet may be chirping the superstar, there’s no denying that one of baseball's best players is about to rejoin the NL-East leading Nationals, who are 30 games over .500 at 84-54.