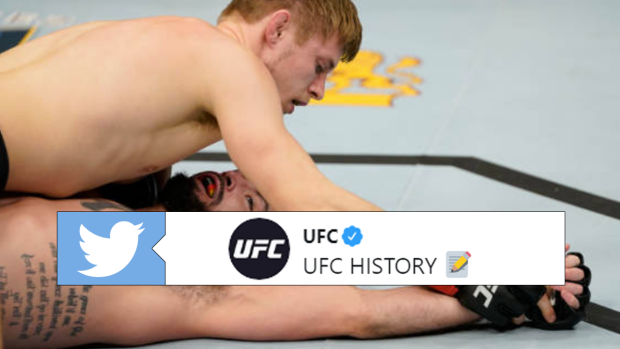 MMA is a wild and whacky world where just about anything can happen, at any moment. This is part of what makes the sport so entertaining to watch.

Even though you’re constantly expecting the unexpected, we still find ourselves picking our jaws off the floor when these gladiators pull off something spectacular. That was the case when Bryce Mitchell pulled off a submission style on Matt Sayles that had only been accomplished once before in the UFC.

The Twister – doesn’t it just sound like it’s going to be good?

🇺🇸 @ThugnastyMMA records the second twister EVER in the Octagon!

Usually submissions are focused on one limb, and pushing it to the point of a tap out. Twisters are basically a full body submission. That’s a sort of pain that most of us can only imagine (thankfully).

UFC fans may remember the first, as it was Korean Zombie who managed to twist Leonard Garcia into a tap out.

Fans were appreciative of Mitchell’s effort.

Maybe one of the most mythotical and technical submission applications I’ve seen in quite some time. @ThugnastyMMA is a MONSTER. congrats on the dub.

We now have the submission of the year