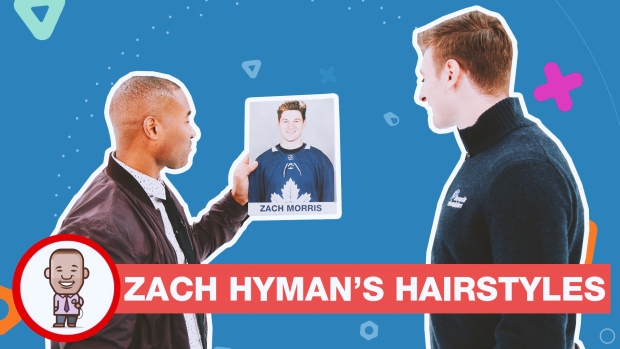 The Toronto Maple Leafs are loaded with talent up front with players like Auston Matthews, John Tavares, Mitch Marner, and William Nylander.

In fact, they have so much talent that a lot of talented players like Zach Hyman, for example, get slept on a little bit.  The 26-year-old plays on Toronto's top line and he may not get on the scoresheet every night, but he does so much for the Leafs that doesn't show up on the scoresheet that helps them win.

That said, he's also contributing offensively this season more so than in previous seasons and is on pace to set career-highs in goals, assists, and points.  The Leafs’ forward and new Head & Shoulders Headstrong ambassador also has some TREMENDOUS flow and on the latest edition of Cabbie Presents, Cab gave him some hair style ideas from other famous Zachs.

All of those are solid ideas, but we especially think it would be interesting to see the Zach LaVine on Hyman.

As far as flow goes, Hyman knows not just a lot about his own hair, but his teammates' hair, too.

.@ZachHyman gets put to the task of guessing his teammates' hairstyles 💇‍♂️ pic.twitter.com/lfftQVlt6R