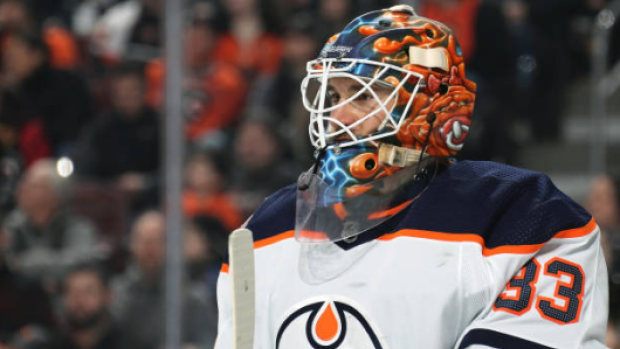 One of the more interesting off-season swaps was Cam Talbot switching places with Mike Smith.

The two Albertan rivals are hoping that a change of scenery could benefit both goaltenders as they look to stabilize their goal crease. Backups Mikko Koskinen and David Rittich are capable backups, Smith and Talbot are expected to hold down the fort in a competitive Pacific Division.

With NHL training camps just days away from commencing, photos of goalies' setups who joined a new team in the off-season are starting to leak.

Sticking with the ghostbusters theme, the mask was painted by popular painter David Gunnarsson.

Who you gonna call? 👻

Talbot has paid homage to the film in the past and included two glittery ghosts for his new mask.

The 32-year-old is coming off his worst statistical campaign where he went just 11-17-3 with a 3.40 goals against average and an .892 cave percentage, significantly down from his .915 career average.