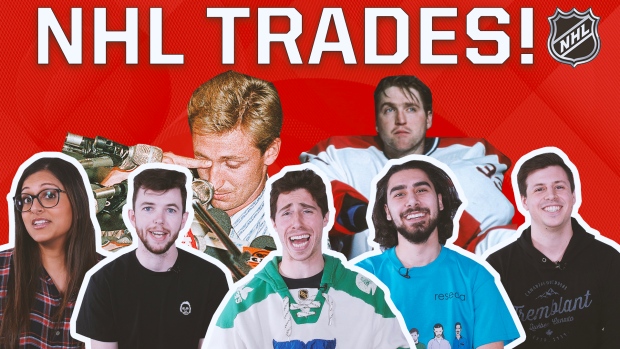 Can you pass this NHL trades quiz?

The BarDown squad is back for the fifth quiz of the season, and with the NHL’s trade deadline and TradeCentre just around the corner, that means this week’s challenge is going to be all about trade transactions.

And, oh, it isn’t just the trade deadline that they’re talking. No, every trade in NHL history is game for this quiz, so hopefully you’re up on your TradeCentre history. The squad is joined by two newcomers to the quiz, Sarita and Eric.

Put yourself to the challenge, and see if you can pass this NHL trades quiz.

The Wayne Gretzky trade, or just “The Trade,” was always going to be regarded as a loss for the team trading away Wayne Gretzky, but did you know that one of the players that they acquired in return for Gretzky would still go on to score 100 points for the Oilers in the following season? Yeah, the Oilers still lost that trade, but it wasn’t a total bust!

Anyway, Luca wins, quite easily, to tie Corwin atop the season 2 leaderboard.

Is there a topic you want to see covered? Let us know @BarDown or comment on the video, we want to hear what you have to say. Who will you be cheering for next quiz?​