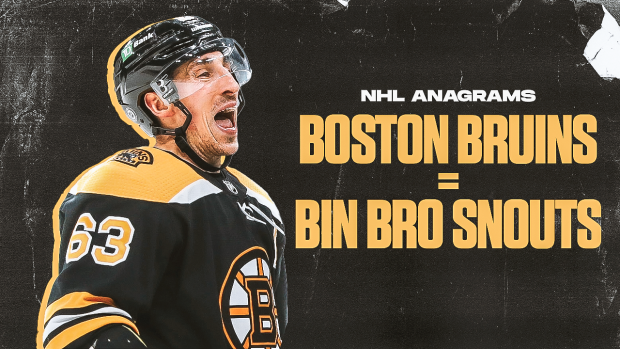 We take great joy in watching NHL teams take the ice and compete for hockey’s greatest prize, but we also find joy in other things. For example, being the writing-based website that we are, we appreciate some mind-nourishing word play.

We’re hoping that you’ve arrived at this web page because you also moonlight as a bit of a ‘Word Nerd,’ because we’ve put together a little activity for you.

An anagram is when you take a word or phrase and scramble up the letters to make a different word or phrase. A well-known use of this function is when Harry Potter writer J.K. Rowling included an anagram in the series’ 2nd book, Harry Potter and the Chamber of Secrets, to help reveal Tom Riddle’s real identity.

“Tom Marvolo Riddle” scrambled up turns into “I am Lord Voldemort.”

We’ve put together some anagram based on NHL team names. Sometimes they’ll include the city name along with them, and other times they won’t. Can’t make it too easy for you!

Answers at the bottom of the post, and without further ado, here are your NHL team anagrams:

How many did you get? Scroll down to see the answers!

So how are you, anyway?

How many did you get? Let us know @BarDown!