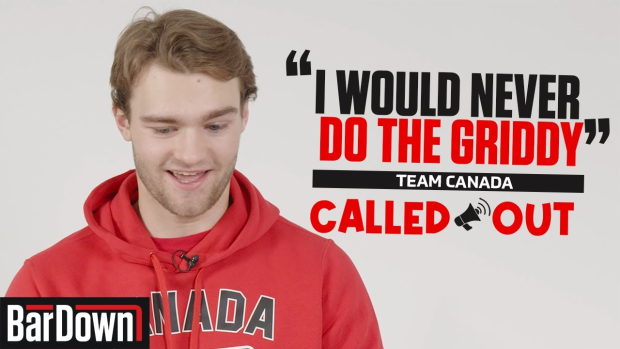 Ahh, you smell that? The smell of month-old Christmas tree and hockey-bag stench? That's the kind of smell that can only indicate one thing. World Juniors, baby!

The World Junior Championship returns after just a few months removed from the re-scheduled August tournament, renewing our excitement a little quicker than usual. One of the most highly-anticipated hockey tournaments of the year, the World Juniors showcases tomorrow's stars as they battle for Juniors supremacy on the international stage. Some of the best hockey moments in history have come as part of the World Juniors tournament, and the 2023 edition is sure to deliver!

We came up with a series of fun questions and had Canadian players deem which of their teammates is 'most likely to." You may have seen similar videos from our NHL media day content, or even for Canada's Men's National Soccer Team.

Despite some of the players only getting to know each other during training camp, they seemed to all have a pretty good idea of who belonged where when put on the spot.

You can catch all the World Juniors action on TSN as hockey superpowers battle for a shot at Juniors glory!