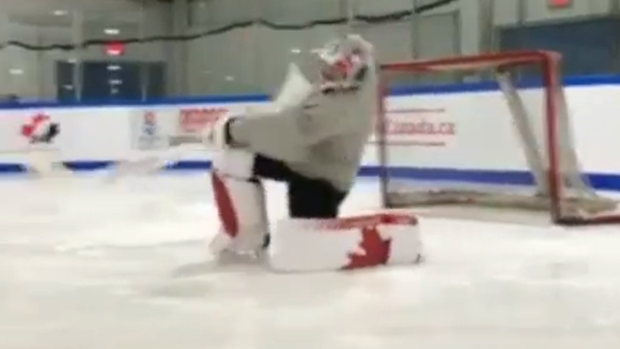 Goalie goals are taking over the game of hockey. It seems like every time a goalie is pulled for the extra attacker late in a game, the opposing goalie starts licking their chops and the thought of a chance at glory.

That glory, of course, is to shoot the puck the length of the ice and officially hit the scoresheet under the Goals category.

We’ve seen a new one emerge every other week it seems, and not wanting to be left out of the party, Canadian World Juniors goaltender Michael DiPietro made sure to get a little practice in ahead of the tourney.

Just as important as the goal itself is the celebration. We’re thinking he could do a little better, but we’ll see what he’s got for real if he ends up breaking out his sniper skills during actual gameplay.