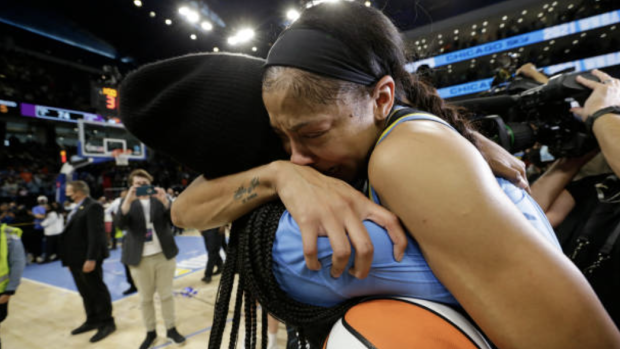 Since entering the league in 2006, the Sky earned their first championship with a 80-74 win over the Phoenix Mercury at Wintrust Arena.

Canada Parker, who grew up in Naperville Illinois, put up 16 points in her first season back with her hometown!

Candace Parker was emotional as the Sky were on the verge of their first-ever WNBA Championship 🥺 pic.twitter.com/I1K1A2C3Bf

Following the win, Parker went to the sideline to celebrate with her family and shared the most heartwarming moment with her daughter Lailaa!