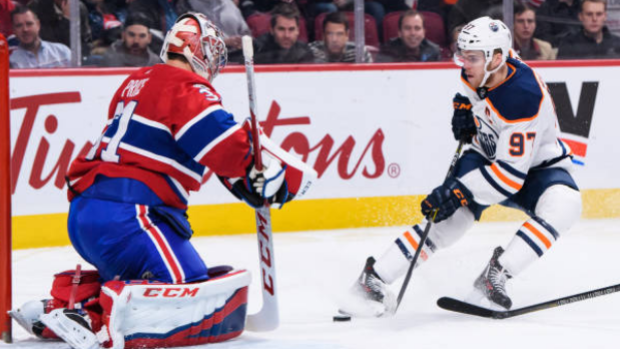 Carey Price has proven that he can be one of the biggest difference makers on the ice over his career. The Montreal Canadiens goaltender, who many consider to be one of the best goaltenders in the game, has been getting to know opposing shooters in a way that us armchair fans may never understand.

That includes another massive difference maker on the ice in Connor McDavid. While Price’s objective is to stop pucks from going in the net, McDavid’s job is to get them in there. That’s what made Price’s comment on McDavid that much classier.

Carey Price: « Connor (McDavid) in my opinion, is the best player in the world...it’s a pleasure to share the ice with him »

Price and the Montreal Canadiens put up a 5-1 victory over the Oilers, one that featured a McDavid breakaway being stopped by Price. While Price may have won that meeting, McDavid certainly isn’t a player he wants to face one-on-one very often, and you weren’t about to hear Price take a shot at the Oilers superstar.

Not gloating after he stoned him on the partial break. Don’t poke the bear. They have 8 more games against each other.

Carey Price is probably the most classy player in the league. #Habs

Price is a beauty. Great guy and my favourite goalie in the league. Montreal has a good looking team this season.

Can someone please tell Carey Price to 1) stop being so likeable and 2) stop playing so well.

What a goddamned legend.