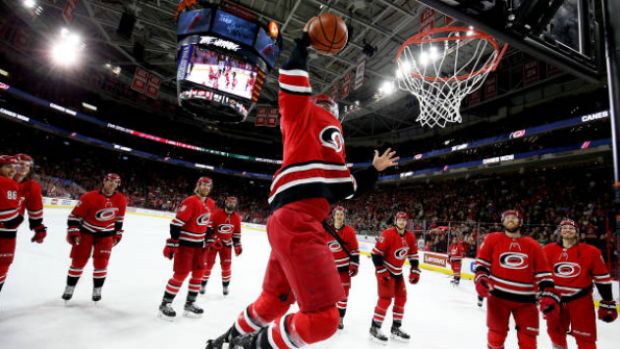 Known to brew up a storm during their post-game victories, the Carolina Hurricanes are trying their hand at brewing their own line of beer.

The club sent out a tweet letting fans know that they have four selections to chose from: Cross Check, Hat Trick, Red Line, and Storm Brew.

We've had something brewing for a while...

Details on the type, alchohol percentage and general information are sparse, but that hasn't stopped fans from chiming in with some pretty creative suggestions.

Whaler tears might just be our favourite. Let us know your favourite selection, or suggest your own!