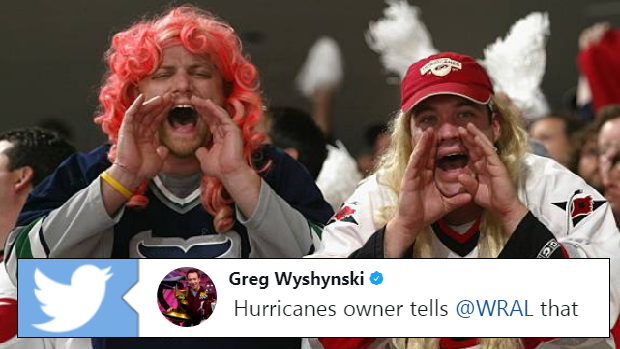 It’s always exciting to see a team take a step back in history and whip out an old uniform.

NHL franchises such as the Anaheim Ducks and Winnipeg Jets recently wore throwback jerseys that left fans feeling nostalgic. The Jets rocked their old logos in the 2017 Heritage Classic while the Ducks more recently donned their old jerseys to honour Teemu Selanne and Paul Kariya’s Hall of Fame inductions.

Carolina Hurricanes owner Tom Dundon also intends to utilize pieces of his franchise’s history. In an interview with ESPN 99.9 The Fan, Dundon made his intentions of bringing back the Whalers logo very clear.

The following is an excerpt from ESPN:

"I think we should have a store that sells that Whalers merchandise online and we should explore playing games in that jersey and selling that gear. It's part of the legacy," said Dundon. "And I just like cool stuff. If we don't, it will mean something went wrong."

Dundon’s desire to play games in the sweater comes as exciting news, especially since the NHL intends on bringing back third jerseys for the 2018-19 season. The league chose not to release third jerseys this year after partnering with Adidas for the new uniforms. 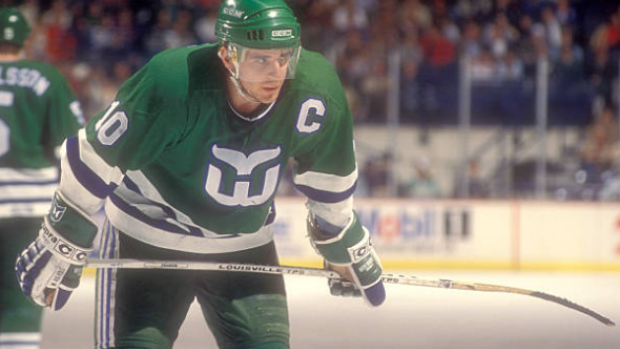 As the 2018-19 season approaches, it will be interesting to see if the Canes’ rock their old colours throughout the year. To this day, the jersey stands as one of the most iconic in NHL history.