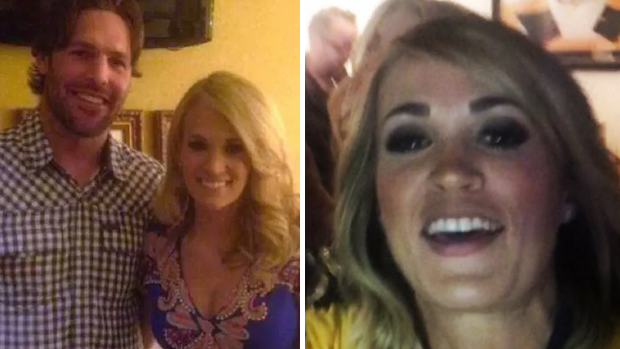 Mike Fisher, as captain of the Nashville Predators, was an essential part of their run to the Stanley Cup Finals last season, but a bigger part of the spectacle may have been all the country stars showing up every night.

Carrie Underwood was one of the stars and she had a blast cheering on the Predators all through the playoffs.

Now, she’s very excited to do it again. The Preds have been a force this season and they’re basically a lock to be back in the playoffs, so with Fisher announcing his return to the NHL, Underwood couldn’t have been more excited.

This is happening! Fish is back! So proud of you, baby! We want the cup!!! https://t.co/ohP7zPtT1s

Not only that, but it seems like she was bugging him to come back before it was even official (Via: ESPN):

“Carrie asked me every few days if I was going to do it. She wanted me to do it. And she’s usually right.”

It is sure to be a country party in Nashville again this post season.