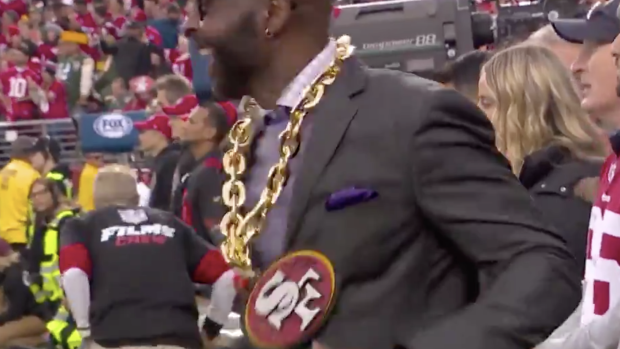 Last week we saw some big names attend the NFC Divisional playoff game, including Lil Wayne and Anthony Davis, in support of the Green Bay Packers.

The Packers won 28-23 against the Seattle Seahawks, advancing to the NFC Championship game this Sunday against the San Francisco 49ers at home.

The field, sideline, and stadium was packed with excited celebrity fans showing their support.

Former NFL wide receiver, Jerry Rice, was so pumped he was running routes on the field before the game. He's still got it.

Lil Jon with the halftime performance, wearing a 49ers jersey and toque

Turn down for what ‼️@LilJon with tonight's halftime performance 🔥 pic.twitter.com/H7dDFxYjPK

Even Klay Thompson has to duck for the cameras pic.twitter.com/tLp4X6z2g3

The #SJSharks are out here!

Gotta love seeing this much support