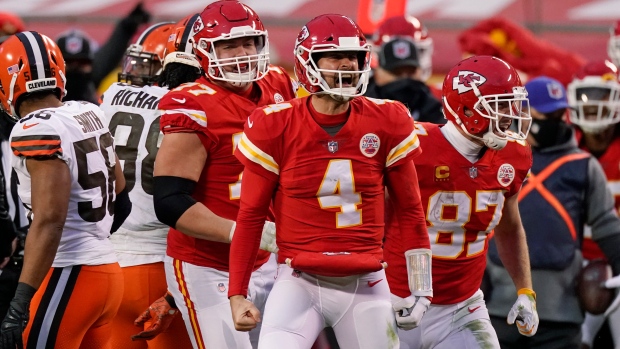 If you had Chad Henne, unexpected playoff hero, on your 2021 bingo sheet, then congrats are in order.
The Kansas City Chiefs back-up quarterback had to take over after Patrick Mahomes left the Chiefs' divisional game against the Cleveland Browns with a concussion, and Henne was able to preserve the lead in order to advance to the AFC final.

All of this renewed interest in Chad Henne has resulted in internet sleuths digging up something truly fascinating: Henne’s up-to-date LinkedIn page, with entries for each of the NFL teams he’s played for as a ‘Professional Athlete.’

The best part? Of all the social media platforms out there, this is the only one that you’ll find Henne on. He doesn’t have Instagram, Twitter, Facebook, TikTok, NOTHING. Just LinkedIn.

So, if you’re wondering if Henne will see the #HennethingIsPossible hashtag that blew up during his appearance in the Chiefs’ divisional game... The answer is only if it’s on LinkedIn.

I believe Chad Henne just said his only social media exposure is LinkedIn and I am now deceased.