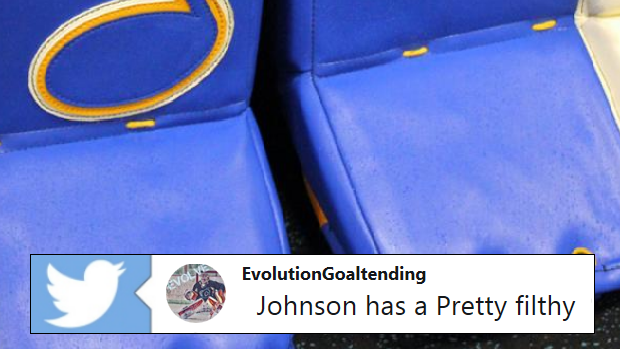 The St. Louis Blues were one of several NHL teams to reveal a third jersey over the offseason and they decided to give it a bit of an old school twist. The team is kicking things back a few decades with their retro light(er) blue uniforms and backup goaltender Chad Johnson has already received a matching pair of pads for them. Earlier today, a photo of the tendy’s leg pillows were revealed and you’ll likely agree that they’re pretty stunning.

Sometimes there’s just no need to mess with an original. https://t.co/ZrP7ELaJTN #stlblues pic.twitter.com/ilpRaxLbAj

As for their starting goaltender Antti Raanta? Turns out he’ll be rocking some pretty beautiful ones himself.

Antti Raanta’s Kachina pads might be some of the best I’ve ever seen 😍 pic.twitter.com/f1rqzZjHuR

Now that’s a setup right there!

As the season progresses, look for other goaltender around the league to reveal new equipment that matches their third jersey.