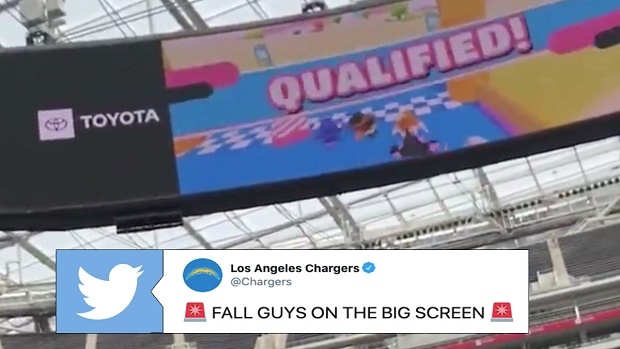 One of the key additions to the stadium that everyone was talking about before it opened is the massive video board that weighs more than 2 million pounds and displays more than 80 million pixels.

Since the Chargers play their home opener this upcoming weekend the stadium is theirs for the week, and some of the players put that massive video board to good use.

This seems like the greatest gaming experience ever. What game would you want to rip in that big screen?