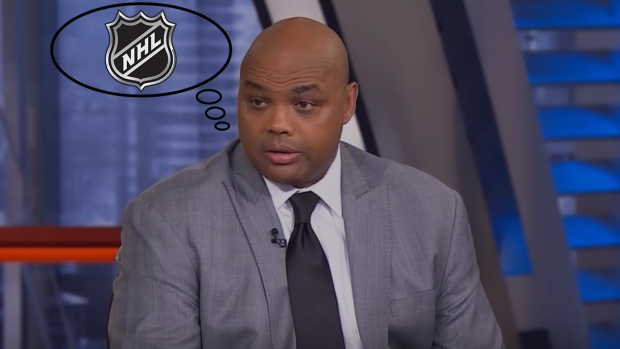 The Stanley Cup playoffs just keep getting better and better.

After a first round that featured 18 overtime finishes, the second round will feature the first two seven-game series of the playoffs.

The #Capitals force a Game 7 after defeating the #Penguins 5-2 in Game 6.

The Oilers and Ducks series is also going the distance, and the Sens and Rangers have a chance to go to Game 7 if New York can win Tuesday night.

It just goes to show how close every game and series has been so far, and that's what makes the NHL playoffs so entertaining.

The NBA playoffs, on the other hand, have only been entertaining if you're a Cavs or Warriors fan and you like blowouts.

At this point, every fan is just waiting for the trilogy between Golden State and Cleveland, and while that will surely be entertaining, the Conference Finals probably won't be based on what both teams have done so far.

So far in the playoffs, the Warriors have spent more time up by at least 20 points than spent trailing by any margin.

Monday night after yet another Golden State blowout win to complete the sweep of Utah, Charles Barkley explained why he'd rather watch the NHL playoffs than the NBA playoffs.

“Speaking of a Zamboni, thank God for the NHL Playoffs. That’s what I would be watching in the back instead of some of these blowouts.”

Blowouts are the reason why a Hall of Fame basketball player who by all accounts loves the game would rather watch the NHL playoffs right now.

It's not just the Cavs and Warriors, either.  Washington has destroyed Boston in their last two games, so even the other series aren't very entertaining at this point.

We imagine a Rockets/Warriors or Spurs/Warriors Conference Finals will be a lot closer, but at this point, the Warriors and Cavs look so dominant that a trilogy is a foregone conclusion.

The Warriors are on a historic pace this postseason.