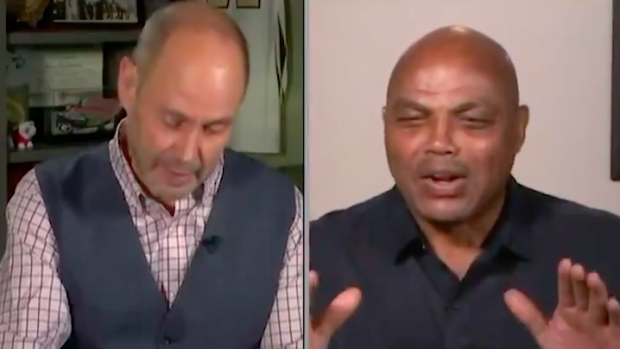 Charles Barkley is clearly very excited for the Toronto Raptors. When the NBA season comes back, Barkley initially had plans to ride with the Philadelphia 76ers.

Forget that, though! Let him (very emphatically) tell you that he’s back on board with the Raptors, and that they’re going all the way to the NBA Finals.

We’re not sure what changed Barkley’s mind. Maybe he saw a photo of skinny Marc Gasol and immediately thought of the problems that Joel Embiid is about to have in the playoffs. Either way, we hope he get vindicated for this one.

Of course, Barkley has been showing the Raptors as well as the city of Toronto for a long time, including during last year’s playoff run. We’re sure that Raptors fans could get used to being considered national TV favourites.

Charles #Barkley’s taking the #Raptors in the Finals 👀