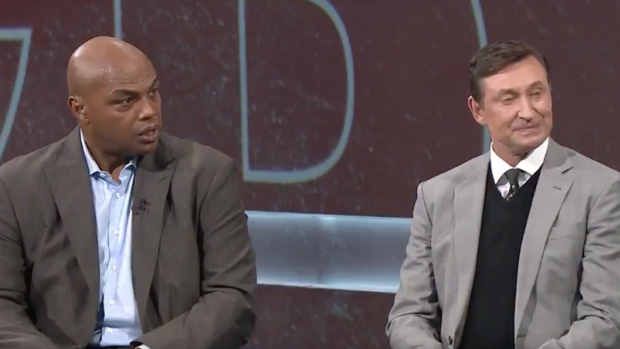 Charles Barkley made his debut on NHL on TNT and it was hilarious.

Barkley’s obviously a BIG basketball guy. The 11-time NBA all-star and basketball Hall of Famer, is a regular on "NBA on TNT," but he’s been pretty vocal about his passion for hockey!

Chuck joined Wayne Gretzky, Anson Carter, Rick Tocchet, Paul Bissonnette and Liam McHugh on the regular season opener of NHL on TNT on Wednesday and it looked like they had a great time!

At one point in the show, Chuck suited up the goalie pads and actually took shots from the Great One himself.

Everybody loves an even matchup. You can probably guess how it went down:

It’s going down in our #NHLonTNT studio!
pic.twitter.com/o9mTeYb5Tr

When two worlds collide. Things you just love to see!