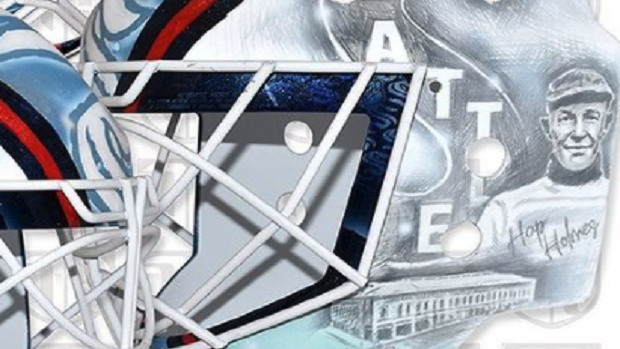 The Seattle Kraken are the first NHL franchise to play out of Seattle, but they’re not the first professional hockey team to do so.

Seattle Metropolitans were part of the Pacific Coast Hockey Association from 1915-1924 and were the PCHA’s most successful franchise, including five regular season titles and one Stanley Cup in 1917 before the NHL officially formed.

With the Kraken now the team in town, goalie Chris Driedger decided to pay homage to the city’s original professional hockey franchise and the old barn.

The rest of the mask is a tribute to the city and the Kraken franchise, and it’s pretty awesome.