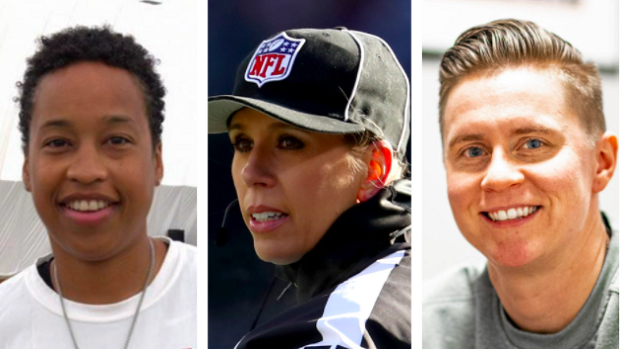 Times are a changin’, and it’s about darn time.

For way too long, people were confined to gender and racial norms that limited their dreams and what society allowed them to believe they could achieve.

Now more than ever, people are breaking those chains, and this Sunday’s Browns versus Washington NFL match up is an excellent indication of how far we’ve come in terms of progress. The game will feature the first time ever that there will be a female coach on both team’s benches, and a female official on the field.

This Sunday’s @WashingtonNFL vs. @Browns on @NFLonFOX will mark the first regular season game in @NFL history to have a female coach on both sidelines and a female official.

To all the girls/women who love 🏈 as much as we do, this is your game. #ifyoucanseeit #forwardprogress pic.twitter.com/HxoUUjMtJa

Sarah Thomas is one of the officials on the field, while Callie Brownson will be on the bench for the Browns, and Jennifer King will represent for Washington.

All three of these individuals have been trailblazers in their own right, and Sunday will be an excellent moment for all those who wish to achieve dreams that people told them were impossible because of their gender or race.

We’ve come a long way, but we still have a long way to work towards equality, and we can’t wait to see more women in positions that they rightfully deserve!