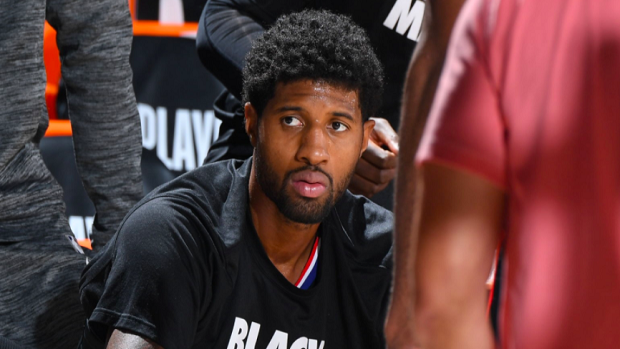 The moment the Los Angeles Clippers introduced Kawhi Leonard and Paul George they were considered the favourites to win it all by a good majority of the NBA community, so when they got bounced in the second round there were a lot of shocked basketball fans.

Throughout the playoffs, Paul George became the butt of a lot of jokes on NBA Twitter for many different reasons. Whether it was an air ball, terrible shooting night, lack of points, it didn’t matter because they were always on him. Turns out some of his teammates reportedly felt the same way…

"I've been told some of the Clippers role players actually think they're as good as Paul George. They're having problems w/ the special treatment he's gotten from Doc Rivers. They can handle Kawhi getting special treatment bc for the most part he delivered." — @Chris_Broussard pic.twitter.com/bGY7d3B8D4

According to Chris Broussard, a lot of the role players on the Clippers think they’re as good as George so they didn’t like the special superstar treatment he received from Doc Rivers.

Clippers’ Paul George on title expectations after Game 7 loss to Nuggets: “The fact of the matter is we didn’t live up to that expectation. But I think internally we’ve always felt this is not a ‘championship or bust’ year for us. ... We just didn’t have enough time together.” pic.twitter.com/4OwZu036S3

It’s definitely easy to ignore passionate speeches about fighting and working hard when the person giving them isn’t pulling their own weight to begin with.