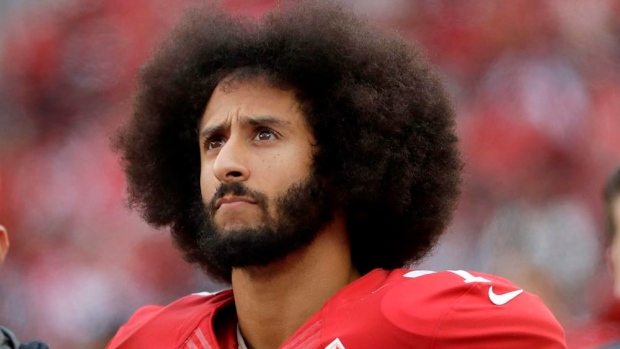 The Colin Kaepernick story is about to get the documentary treatment, and Disney is going to be backing the project as part of a partnership with Kaepernick’s production company that will focus on other stories about “race, social injustice and the quest for equity,” per Variety.

The project will include Jemele Hill as a producer on the series, and Kaepernick expressed excitement about the chance to elevate the work of Black and Brown creators as well as culturally impactful stories.

I am excited for this partnership with Disney across all of its platforms to elevate Black and Brown directors, creators, storytellers & producers. I look forward to sharing culturally impactful and inspiring projects. https://t.co/MXidGoWXNZ

With the benefit of hindsight, Kaepernick’s story in the NFL has become even more interesting, particularly during the current momentum of the Black Lives Matter movement and following Roger Goodell’s apology for failing to listen to the message behind national anthem protests in the NFL.

With Disney’s resources and platforms at his disposal, this should certainly be an interesting telling of Kaepernick’s career. In the meantime, his adolescent life is also going to get a Netflix series from acclaimed filmmaker Ava DuVernay.

The six-episode Netflix series from @Ava will focus on @Kaepernick7's adolescent life, focusing on his high school years and the acts and experiences that led him to become the activist he is today https://t.co/eaufv1X7h5