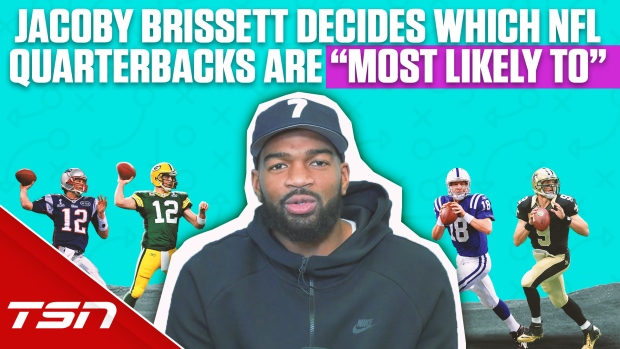 The whole sports world as slowed down to a crawl, but the world of NFL quarterbacks has been kicked into high gear for weeks now.

Tom Brady is now a Tampa Bay Buccaneer, Phil Rivers is a Colt. Cam Newton is still a free agent, and guys like Teddy Bridgewater, Brian Hoyer, and Nick Foles all seem to have found starting gigs elsewhere.

With all the moving and shuffling, we decided to get one quarterback to help settle the dust… at least in some capacity…

We asked Jacoby Brissett a series of “Most Likely To” questions. Which quarterback plays Pokemon Go? Who moonlights as a superhero? Which pivot is most likely to get into gorilla wrestling?

Brissett has got the answers.

Jacoby Brissett (@JBrissett12) decides which NFL quarterbacks are "Most Likely To" 😂

Do you agree with Brissett? 🤔🤔🤔 pic.twitter.com/01OvqsHLP3

Not sure about you, but we think he nailed it with most of them. Philip Rivers listening to children’s songs, Taysom Hill doing something whacky… Jimmy G wink and a smile! It all makes too much sense.