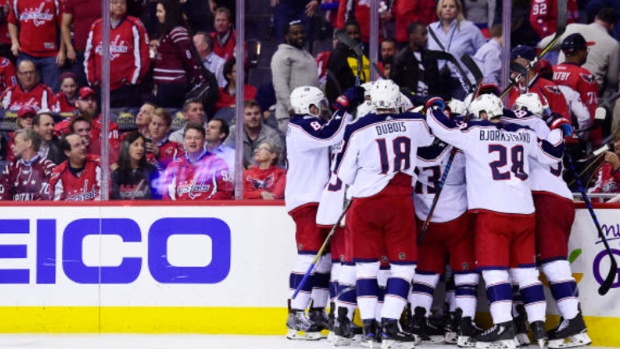 The Columbus Blue Jackets qualified for the Playoffs in a Wild Card position, setting a pretty tall task in front of them. When the season was all said and done, the Jackets found themselves lined up against Alex Ovechkin and the Washington Capitals. With Ovi and the Caps coming off another solid regular season, you knew they were going to be hungry for that elusive playoff success.

When Game 1 rolled around, the Jackets had other ideas on their mind. After a hard fought 60 minutes, the two teams found themselves all knotted up at 3 as Overtime lingered. Just 6 minutes into the extra frame, Artemi Panarin scored to put the underdog Jackets up 1-0 in the series.

The Jackets are also using a new kind of weapon. Tweets! It’s not much of an advantage, and definitely has no influence in how the game is played, but the Jakcets’ social team has decided to boycott capital letters from all their Tweets.

we remember the last time the caps were up two

That’s great, but it also interferes with their account. Honestly it’s a little bit ugly, not to mention they haven’t used their hashtag, #CBJ, since they took on the stunt.

Either way, we’re hoping that if they do win they give a nice big “WE WIN!” Now THAT would be satisfying.