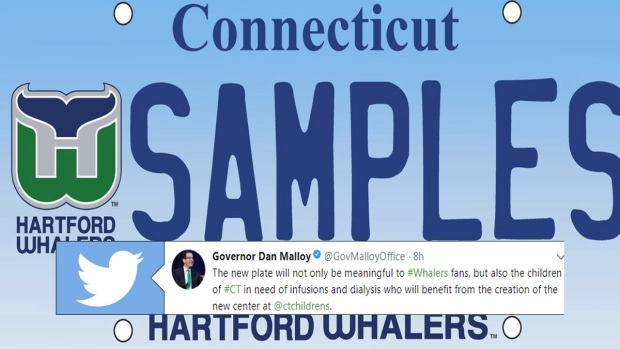 On Tuesday, the Hartford Whalers-themed license plates became reality as they were officially put on sale throughout the state of Connecticut and they look very sharp.

The new plate will not only be meaningful to #Whalers fans, but also the children of #CT in need of infusions and dialysis who will benefit from the creation of the new center at @ctchildrens. pic.twitter.com/41SHttiMZR

Although it’s been more than 20 years since the Whalers last played an NHL game the support for the team in Hartford is still alive, so you can expect to see a lot of these custom plates throughout Connecticut in the near future.

Proceeds from the Whalers plates will benefit the future Connecticut Children’s Medical Center Infusion and Dialysis Center, so every sale of a license plate will help save a child’s life.