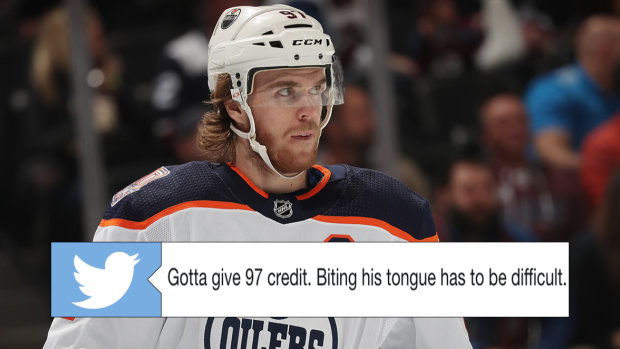 On Sunday night, head coach of the Oilers Ken Hitchcock openly called out the officiating on his star player Connor McDavid after a loss to the Vancouver Canucks.

Fans of the Oilers were happy that Hitchcock stuck up for McDavid and on Tuesday, the captain spoke about his coach having his back while choosing not to comment on the officials directly.

McDavid didn’t want to comment on the officials. Appreciates his coach having his back, but said no good comes from complaining about the refs himself. Said it’s a tough job that he wouldn’t want to have to try and do.

It takes a classy individual to deal with the hooks and holds McDavid deals with and not complain about the lack of calls that are made.  Furthermore, he even empathized with how hard of a job the referees have.

Not everyone would react the same way if they were in McDavid's skates, especially at the age of 21.  It just shows how mature he already is and how great of a leader he is, too.

As for Hitchcock, he won't stop complaining and will continue to stick up for his players.

Hitchcock on McDavid not complaining about refs. “He just plays the game, it’s my job to wine and complain and I’m good at it.”