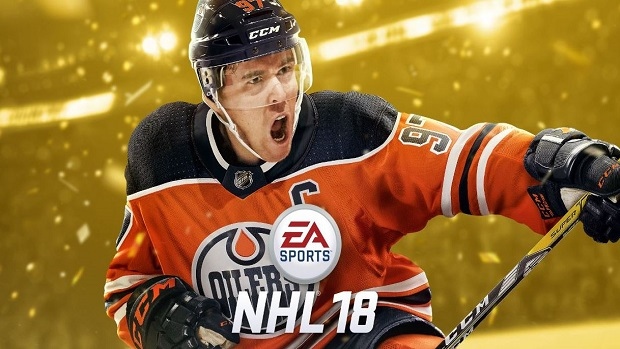 Over the course of the last month or so, sports fans have learned who will be on the cover of Madden 18, FIFA 18 and NBA 2K18, so we all knew NHL 18 was next on the agenda. Well, it's officially here!

There were a lot of great candidates for this year’s cover, but not a single hockey fan in the world is going to argue with the choice of McDavid as next year’s cover athlete.

After an impressive rookie season cut short by injury, McDavid cemented his status as a superstar with a 100-point season that helped the Oilers make the playoffs for the first time in over a decade.

Connor #McDavid and the #Oilers look to stay hot tonight in their playoff game of Duck Hunt.

#TomBrady will be on the cover of #Madden18. Will the #MaddenCurse get the #Patriots' QB? (📷: Twitter/EAMaddenNFL)