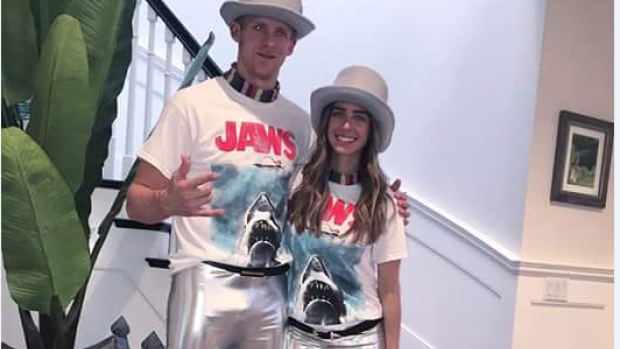 The death of Canadian icon Gord Downie hit Canada and the hockey community hard when the Kingston, Ontario musician passed away at the age of 53.

Before his passing, Gord and The Hip were able to travel across the country on the Man Machine Poem Tour. The lead singer of The Tragically Hip wore a Jaws t-shirt on the stage during the final show in Kingston.

With Halloween less than a week away, we’ve seen numerous hockey players celebrating the spooky unofficial holiday with their peers. Anaheim Ducks forward Corey Perry and his wife decided to represent the musical legend by wearing that Jaws shirt and outfit from his final concert. 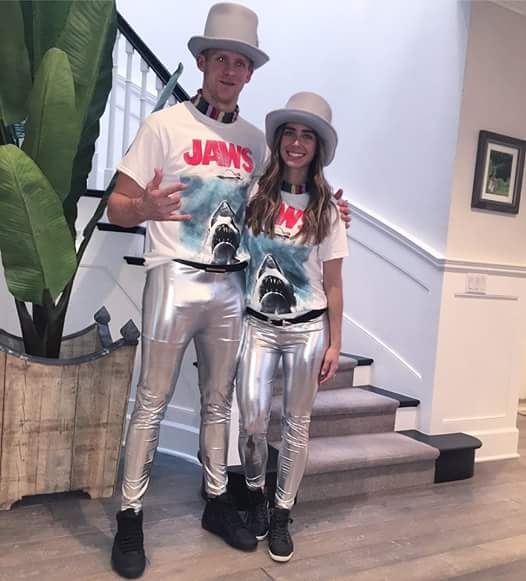 An Anaheim Ducks that has a Shark on the front of his shirt. Cue the Corey Perry to San Jose trade rumors now.

As we get closer to October 31st, more teams will continue to party. We’ve seen numerous players and teams show some of their more creative costumes off via social media, and we can only anticipate more.

#PhilKessel is not safe around #RyanReaves 😂 Wait for it!! . . #Repost Twitter/rreaves75 First @penguins 7five cam. Yo @phil_kessel_81_ ... check your shorts son