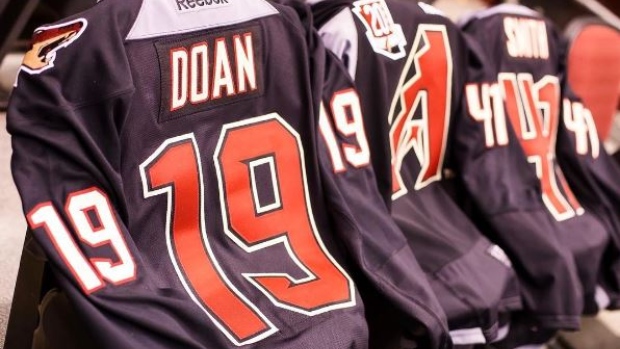 Over the years, we have seen professional teams honour the other teams they share the city with by dedicating an entire theme night to the other team.

Like a good neighbor, the @AnaheimDucks are there... keeping us looking sharp 👌 #AngelsNight17 pic.twitter.com/QzyQekcivA

On Thursday night, it was the Arizona Coyotes’ turn to join in on the fun as they hosted their annual Arizona Diamondbacks Night.

Our #DbacksNight sweaters are in! ⚾️ All sweaters will be signed & available for bidding at section 110 at tomorrow's game. Proceeds go to @vettix.

Not many teams have the same colour schemes as the Arizona-based teams, but they manage to make it work.

Warming up in style. ⚾️ pic.twitter.com/xvKi7tKO7n

Some of the members of the Diamondbacks are taking in the game as well.

We're big fans of when teams show love for the other teams in the city like this, especially when custom jerseys are involved.