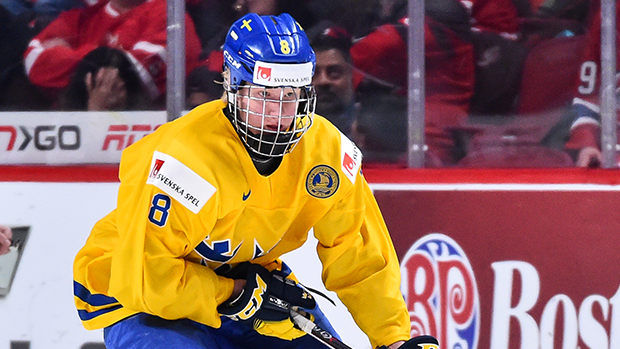 With all the emphasis on drafting and developing in today’s NHL, the draft is imperative for team’s looking to stir the ship back on the right path and build up their asset pool.

Here at TSN, our hockey analysts and insiders have done their homework over the last few years and put together both a final pre-draft ranking and a final mock draft.

@bobmckenzietsn has revealed his final TSN Draft Rankings. . Click the link in our bio to see the full 93-player list.

To give fans a better idea of all the prospects attributes and skill sets, Craig Button has put together scouting reports for the top 62 prospects ranked on Bob McKenzie’s final list.

Button also gives out a projection of what the player could one day become, and who they resemble the most in terms of an NHL comparable.

We should point out that the comparables are stylistically, and are used as a maximum ceiling. It would be extremely naïve of us to think that all these players will one day achieve the status of their comparable, as they’re merely used to give you a barometer of what to expect of said player.

For the purpose of this exercise, we’ll go in order of Bob’s rankings, with the analysis provided by Craig or Bob.

"He has a long, long way to go to earn favourable comparisons to arguably the greatest Swedish defenceman ever - Nicklas Lidstrom - but Dahlin already demonstrates much of the same ease and three-zone impact as the Hall of Famer." - Bob McKenzie

"Svechnikov has size, speed and skill. He can play a power game or a finesse game, make plays or score goals any way they can be scored - off the rush, one timers from far out, getting his nose dirty in front of the net or off the cycle." - Bob McKenzie

"Tkachuk is a lot less refined and less polished than the other elite picks but the big raw-boned winger plays a hard driving, aggravating power and agitation game." - Bob McKenzie

"Zadina has quick hands and feet, he thrives in tight spaces and small spaces and is able to get off an incredible release on a shot that is arguably the best in the draft, as his 44 goals in 57 games would attest." - Bob McKenzie

"His strong performance at the World Under-18 Championships in April has vaulted him into the top five and provided this draft with something that it seemed to be missing all season long - a potential No. 1 centre." - Bob McKenzie

"Dobson is a strong skater with a high degree of creativity, vision and offensive prowess. Scouts feel we’re only seeing the tip of the iceberg here." - Bob McKenzie

"The heady 6-foot-2 blueliner is arguably the best passer in the game. Long bombs, short outlets to get the attack started, he can do it all." - Bob McKenzie

"He plays a go-go-go offensive game, at times more like a rover than a defenceman. He’s fearless, not afraid to make high risk, high reward but also high danger plays."

"He plays a go-go-go offensive game, at times more like a rover than a defenceman. He’s fearless, not afraid to make high risk, high reward but also high danger plays."

"At a shade under six feet tall, the Swede is a dynamic offensive defenceman. He started and finished the season on extremely high notes - he was the best defenceman at the Ivan Hlinka U-18 tourney last August and again at the Under-18 World Championship in April. In between those two events, his game wavered a bit at times as he bounced around to three different teams in three different leagues, playing mostly in the Swedish junior loop but also seeing some time in the elite league and second division. Like Hughes, Boqvist‘s defensive acumen is sometimes questioned." - Bob McKenzie

Craig Button revealed his NHL mock draft for 2018. Thoughts? 🤔🤔 . Click the link in our bio for the full list.

If you’d like the see the draft profiles from players ranked in the 11-62 range, click on the players inside this article.