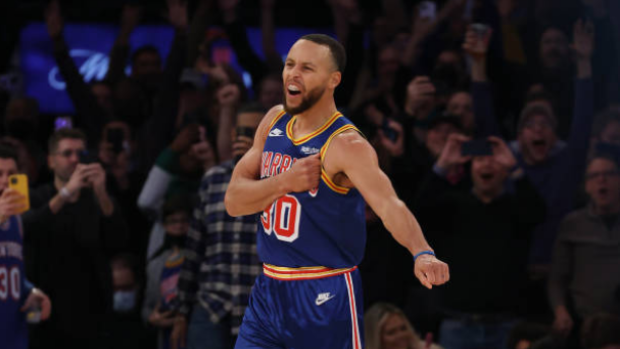 Steph Curry celebrated a historic night on Tuesday when he officially passed Ray Allen for top spot on the NBA’s all-time three-pointers made list. It took Curry just 789 games to surpass the mark of 2,973 three-pointers made, which is 511 games less than Allen’s career total.

When it comes to sharpshooting, there’s no one better than Curry. Not only does he score in bunches, he is extremely consistent from behind the arc. In fact, he hasn’t gone a single game without one is the last 152 games he’s played.

That is SO much more than the second longest active streak, held by the Oklahoma City Thunder’s Lu Dort.

This stat is absurd on so many levels 🤯 pic.twitter.com/N2X9yfKygf

Curry’s streak is nearly four times as long as the next longest active streak. In fact, he’s only drained less than three buckets from beyond the arc on two occasions this year.

The last time he was unable to hit at least one three-pointer in a game was on November 8th, 2018, when he went 0-4 against the Milwaukee Bucks.