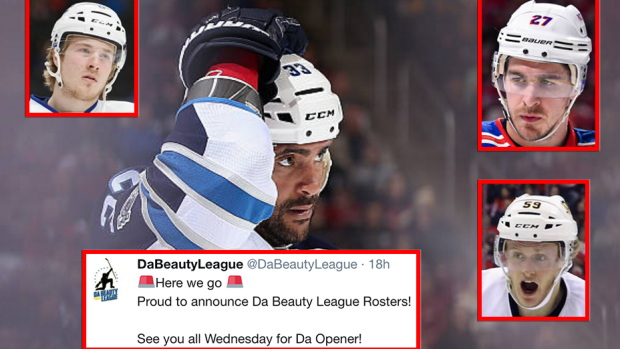 Most hockey players have taken a bit of a break from the sport now that the summer is here as the offseason is the perfect time to indulge in hobbies outside of the sport.

Tonight... was a good night. Full moon, not a cloud in the sky, Chris Stapleton on the radio and this 32 inch, 8lb 11oz Lake Trout! See you on my wall soon big guy! #jerkincopper Also, huge assist to @monkcray45 on the net job! If you had missed and it got off, dunno if I could have talked to you again... 😂😂 love ya bud👍🏻

@aleksandrovechkinofficial got married last year, but he and his wife held a wedding reception Saturday night and a shirtless #Ovi danced to #Rasputin. (Via @rudkovskayaofficial)

At any rate, as much as the summer is about enjoying the time away from the rink, players don't stay away for long.

In fact, a lot of NHL players will be playing against each other in Da Beauty League together when action gets underway next Wednesday.

See you all Wednesday for Da Opener! pic.twitter.com/fZNI8n2NUk

A ton of NHL talent is featured on every roster and a lot of players from Minnesota play in Da Beauty League each and every year (league established in 2015).

Speaking of the rosters, it's cool how they were constructed.  For example, the van Riemsdyk brothers are on the same team.

Another cool thing about Da Beauty League is that it doesn't only feature NHL players.

No, the rosters also have a some college players, prospects and AHL talent on them which makes the league even better.

So, which roster do you think will win it all?  Let us know by tweeting us @BarDown and if you're in Minnesota, go check out a game or two.  You won't be disappointed.