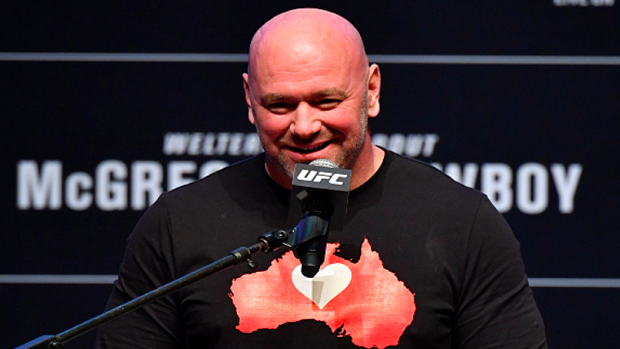 Last month, Dana White was forced to postpone UFC 249 due to the coronavirus pandemic, which led to him looking into private islands on the market. Well, he apparently found one and still plans on using it for his ‘Fight Island’.

On Tuesday, White made an appearance on The Jim Rome Show to promote the UFC’s return this upcoming weekend with UFC 249 and he also touched on Fight Island, which he hopes to have ready to go by mid to late-June.

"The infrastructure is being built right now. I'm hoping that it'll all be done by mid-June and we can literally do a fight that weekend that it finishes or the end of June..."@danawhite joins @jimrome to discuss his plans for fight island. pic.twitter.com/5okOB8eLDN

“The infrastructure is being built right now,” White told Rome. “I’m hoping that it will all be done mid-June. Hopefully we’ll be able to have a fight that weekend that it opens, or maybe closer toward the end of June. What we’re building that for is that I can’t predict what tomorrow might bring with this coronavirus, so the hardest thing is going to be getting people in from the United States. This is where we’re going to do all our international fights.”

Honestly, we’re just excited to see what Fight Island looks like when it’s all done and ready to go.