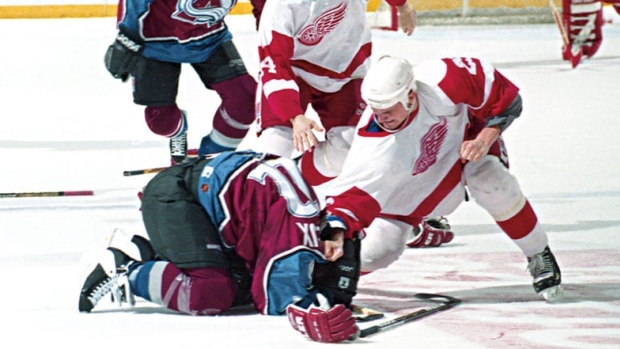 The Detroit Red Wings held their 90s Night promotion on Monday night, in a revival of a classic rivalry matchup from that era with the Colorado Avalanche in town.

Darren McCarty was on hand as one of the Red Wings alumni for the occasion, and, well, it looks like he had some fun with the cutout board of his classic fight with Claude Lemieux.

The Avs got the last laugh on Monday, handing the Red Wings with another loss on the season, but this is a genuinely hilarious photo of McCarty, who we’re sure isn’t ever going to let this brawl go.

A couple young fans were loving the cutout too, which only goes to show that Lemieux turtling against McCarty remains a Detroit heritage moment to this day.