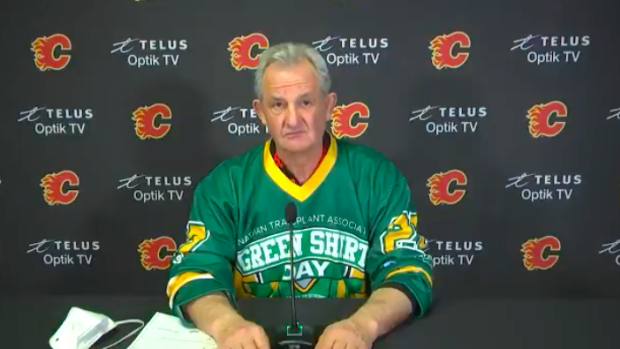 Boulet tragically succumbed to his injuries the day after the crash on April 7th, and when he did, he donated his organs to save six other lives. In doing so, Boulet has inspired a movement. The Logan Boulet effect can still be felt today, and every April 7th since then, Canada and the entire hockey world has celebrated Green Shirt Day in his honour to promote organ donor registration.

"I've been really happy with Sam ... he's played all three positions for us and we've been able to get him into some penalty killing situations."

It’s great to see the Flames bench boss showing his support, and we know Logan’s legacy will live on forever.