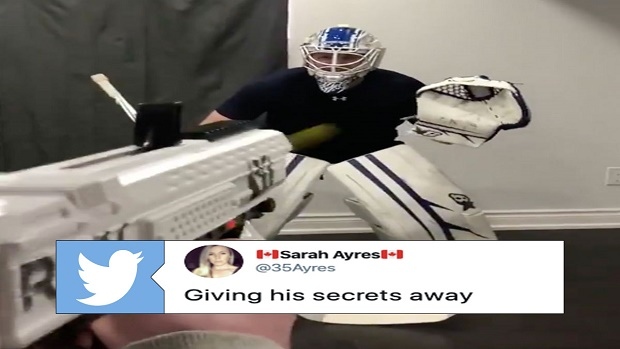 It feels like David Ayres became a hit across the NHL months ago, but it’s only been a month since we saw the 42-year-old pick up a win over the Toronto Maple Leafs in his NHL debut.

Ever wonder what it’s like to stand between the pipes while Auston Matthews shoots on you? Well on Monday, the Carolina Hurricanes emergency backup goalie shared some of his secrets on his wife Sarah’s Twitter account.

Giving his secrets away pic.twitter.com/ImrAupZxDR

Ayres stopped 8 of the 10 shots he faced on February 22 to lead the Carolina Hurricanes to a 6-3 win over the Maple Leafs.