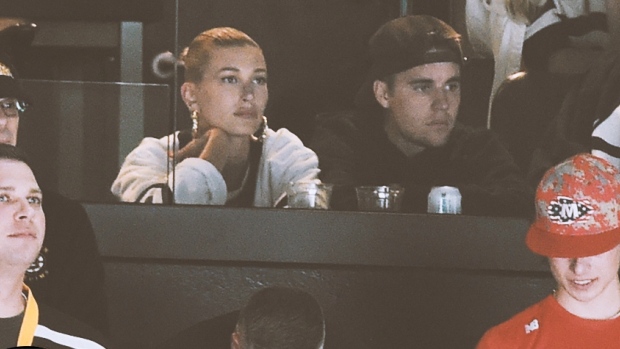 Justin Bieber has never been shy about his Leafs fandom, even willing to go to war in his Instagram comments over his hockey loyalties. Throughout the first round, he’s been spotted in the audience for some of the Leafs-Bruins games.

Well, that’s over now, after the Bruins eliminated the Leafs in a win-or-go-home Game 7. As if that wasn’t enough, David Pastrnak decided to take another shot at Bieber on social media.

We know you guys have been talking about the Drake Curse recently. Is there a Bieber Curse that the Leafs are suffering from?

The Leafs weren’t stressing themselves over any Drake Curse, however, and after being in attendance for the Raptors’ series win against the Magic, Drake isn’t stressing about it either.

Drake isn’t having any of this “Drake Curse” business 😂