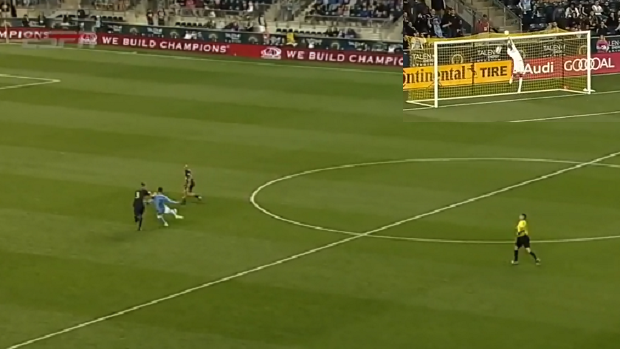 With New York City FC up a goal late in the game against Philadelphia Union, Spanish striker David Villa took a chance from half, and either got extremely lucky, or had one of the shots of his career. He took the shot from just inside the half, and it somehow beat the keeper for the incredible goal. It’s a goal you have to see to believe.