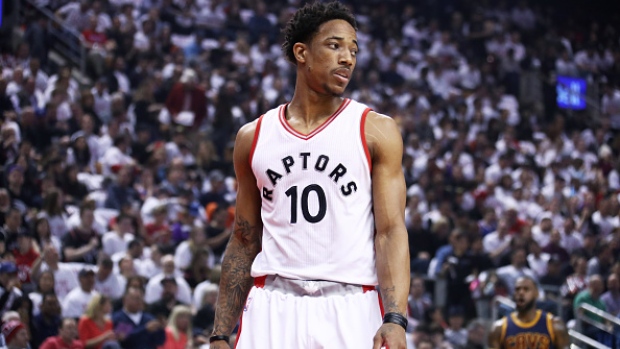 Skip Bayless is known for being insensitive at times, and downright ignorant at others. On Tuesday, he sent out a tweet with condolences to Gordon Hayward after the Boston Celtics guard fractured his ankle in the NBA’s season opener.

After the heartfelt tweet (albeit with a very unobservant injury diagnosis), Bayless returned to his familiar controversial ways and sent out an tweet moments later referencing how this injury effects LeBron’s quest to the finals.

If Gordon Hayward is gone, maybe for the season, LeBron's path to losing a sixth finals gets even easier.

Needless to say, Bayless got some backlash – something he’s become used to. What is not so common is having an actual star athlete call you out (although, it has happened a fair amount of times). Lots of times athletes will hold their tongues at the risk of drawing unwanted attention for getting into a cyber-battle, but for DeMar DeRozan this was worth the controversy.

DeRozan has never been afraid to say what’s on his mind, and it’s refreshing to see that his mind is in the right place on this matter.