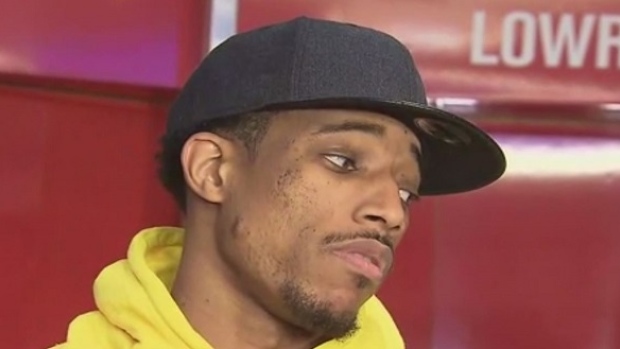 Everyone feels like the officials are out to get them when things don’t go their way, but the Toronto Raptors certainly have a case for being treated unfairly by the NBA’s officials after Sunday’s controversial loss to the Oklahoma City Thunder in Toronto.

Following the game, DeMar DeRozan was asked about the debatable officiating in Sunday afternoon’s game and if the team feels as if they are being treated unfairly by the league’s officials and the four-time NBA All-Star finally had enough and did not hold back when answering the questions.

DeRozan doesn't hold back on the officials, calls for change from the NBA

While there have been some questionable calls against the Raptors all season long, Sunday’s game was on another level as Kyle Lowry fouled out and DeMar DeRozan, Serge Ibaka and Dwane Casey were all ejected from the contest.

Casey also spoke out about the NBA’s officiating following the game and said things that a lot of coaches and players throughout the league are feeling these days.

Casey on officiating: ‘All we want to ask for is fairness and consistency’

The Raptors still sit in first place in the Eastern Conference, but a win on Sunday afternoon would have set a new franchise record for longest winning streak.