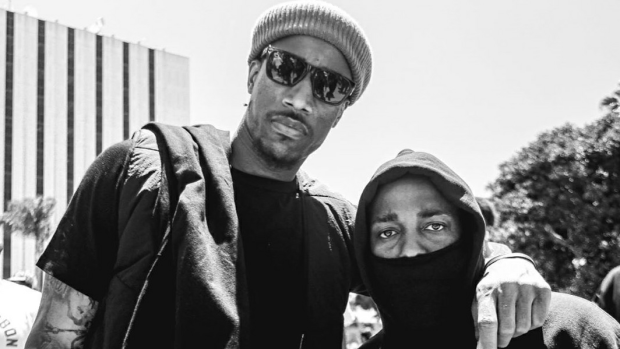 In times of turmoil and destruction, communities around the United States are looking for their leaders to stand up and take a stance.

In Compton, the Los Angeles city known infamously for its gang violence held a protest rally with some of the most prominent figures the city has produced in Kendrick Lamar and DeMar DeRozan, as well as fellow NBA superstar Russell Westbrook.

DeMar and Russ protesting with Kendrick Lamar in Compton today.

In 2016, DeRozan spoke publically about losing a close friend of his who murdered by police and shot 17 times.

Westbrook, who grew up just south of the city in Long Beach and attended high school in nearby, has been vocal in the past about police officers being acquitted of murdering an unarmed man.

Lamar has been very vocal in his music in the systematic racism and police brutality that goes on daily in the United States, particulary on his 2016 album "To Pimp a Butterfly."