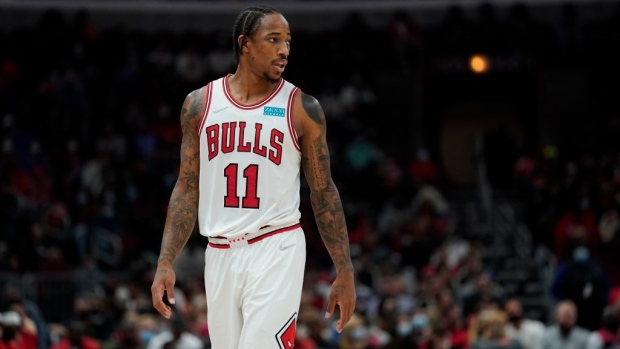 Raptors fans, we’re preparing you now, you’ll going to want to get the tissues out for this one.

In a recent interview with Bleacher Report's Chips, former fan favourite DeMar DeRozan shared how he handled the news that sent him, Jakob Poetl along with several draft picks to the San Antonio Spurs in exchange for Kawhi Leonard and Danny Green.

And we’re telling you now, our hearts possibly can’t deal with this.

.@DeMar_DeRozan says there was a “real possibility” he could’ve played for the Lakers 👀

Sitting down with Draymond Green, DeRozan reflects on free agency along with his conversations with Masai Ujiri leading up to his trade from the Raptors and how he dealt with the news.

DeRozan shares how the moment was "one of the toughest times ever" as he parted ways with his first NBA franchise just prior to winning their NBA Championship in 2019.

It’s really interesting to hear about how this went down. I love DeMar man. I don’t think I’ve seen a player so passionate about a franchise like he was to Toronto. pic.twitter.com/L2Qh679fSc

That one definitely hurt, the love that DeMar DeRozan had for Toronto is so strong!

Imaging DeRozan sitting outside of a fast-food restaurant, taking in the news and contacting Kyle Lowry absolutely pulls on the heartstrings.

Within the interview, DeRozan continues to share how he was cheering for his former city, though wishing that he would have been a part of that championship squad.