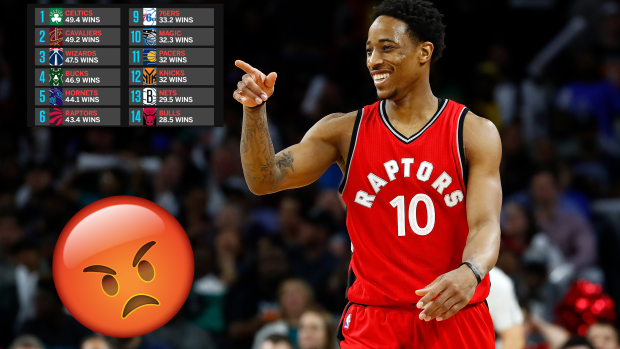 The NBA offseason has been absolutely wild. In two short months it seems as if the entire landscape of the league has changed, especially in the Western Conference with the addition of Paul George, Jimmy Butler and the Rockets acquisition of Chris Paul. Sure, the Golden State Warriors are still strong favourites to repeat as champions, but it's still going to be one heck of a show.

The Eastern Conference lost some star power, and may lose even more if Kyrie Irving moves out West, but the real story is the potential changing of the guard at the top of the standings. The Celtics look primed and ready to topple the Cavaliers for the number one spot, the Wizards starting lineup looks incredibly strong, and the young Bucks are expected to take a step forward. So where does that leave the Raptors? According to NBA on ESPN's projections, in 6th place.

DeMar DeRozan did not agree with those projections, and wasn't afraid to vocalize his opinion. 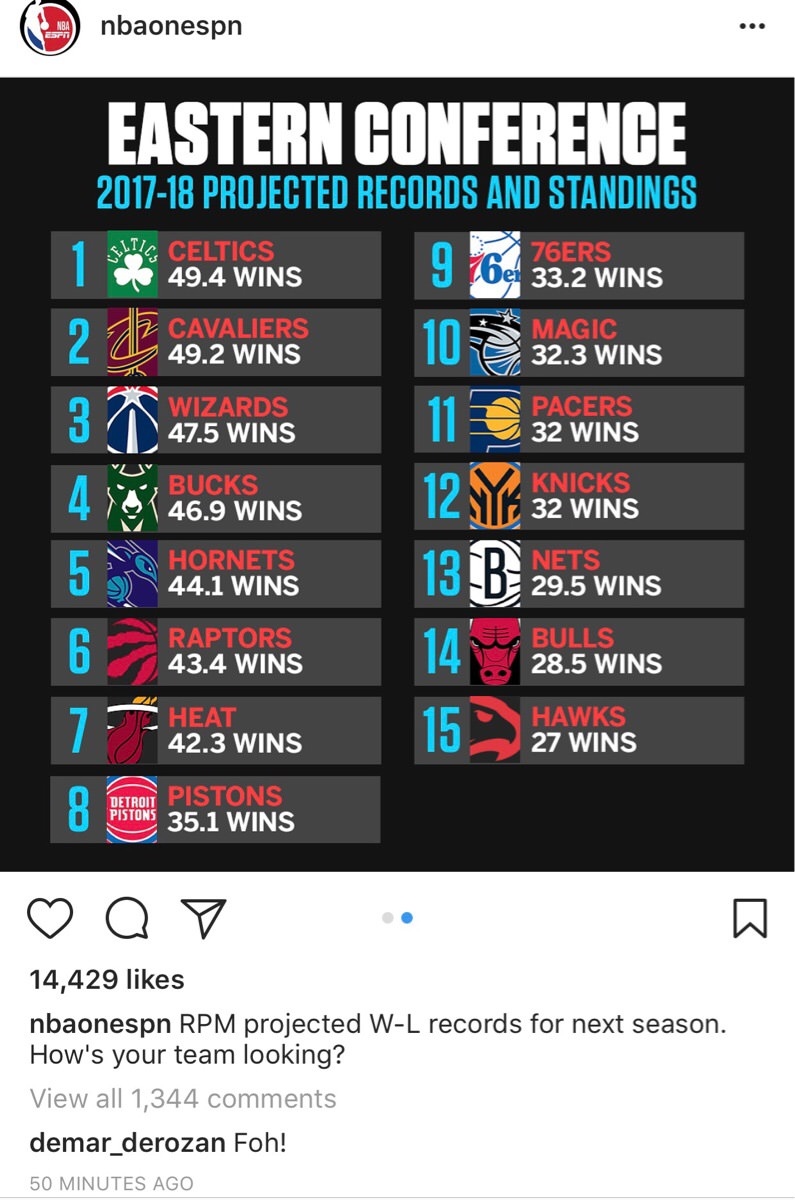 So, even with Kyle Lowry and Serge Ibaka returning to the team, the Raptors are expected to take a pretty large step backwards...you can understand why DeRozan doesn't agree. The Raptors' projected finish is rather amusing, but the funniest part has to be the Pistons nabbing the 8th seed with 35 wins, which is well below the .500 mark.  Just for context, 35 wins would put you in 11th position in the West.