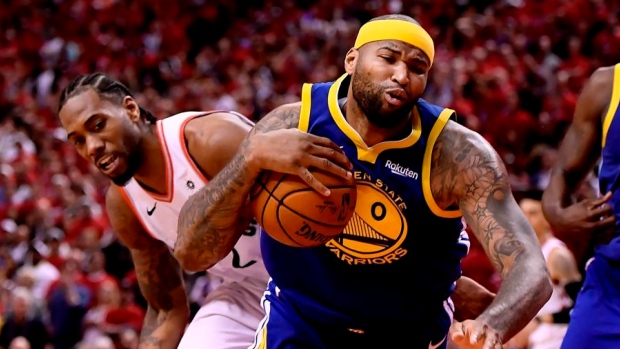 When the Warriors landed DeMarcus Cousins in free agency in last summer, there was a sense of the rich getting richer. For Cousins, though, it was a matter of rehabbing his value after tearing his Achilles in January 2018, a potentially devastating injury for NBA big men.

The Warriors took things slow with Boogie this season, allowing him to take his time to get back into game shape. Obviously, they did so with an eye towards the playoffs, when the games matter more, but disaster struck again when Cousins tore his quad in the first round.

It was a tough time for Cousins. As he told ESPN’s The Jump, he nearly quit basketball after yet another major injury — at the time, the Warriors thought it would be a season-ending injury.

“I was just ready to quit. Like, throw the towel in"@BoogieCousins sits down to talk about how devastated he was after tearing his quad in the first round of the playoffs, but then dug in and fought back to become a crucial piece for the Warriors in these NBA Finals. pic.twitter.com/cUkRsz9sel

This makes it all the more impressive that Cousins has returned for the NBA Finals — and it couldn’t have come at a better time for the Warriors, who have lost centre Kevon Looney in addition to Kevin Durant and Klay Thompson to injury.

Of course, Raptors fans may prefer that Cousins sit this one out, but you can’t hate on a guy for bouncing back like this.

DeMarcus Cousins joins @KateBeirness to break down the Warriors' Game 2 victory over the Raptors. #NBAFinals pic.twitter.com/X3HCzMVEyF